Board certified Gynaecologist and Obstetrician

Board certified Doctor for Natural Medicine

Helping couples to become parents and loving it!

Since starting my medical training in 1987, I have seen a lot, learned a lot, and worked a lot. From delivering breech babies to reestablishing the gut flora in endometriosis patients; you can read the long story down below. Since I trained in RTT® with Marisa Peer and became a 3Keys® HypnoFertilitist combining Hypnotherapy with the treatment of the body, the pregnancy rates in my private practice are soaring.

Years in own private practice

Patients seen in my own practice

1968 was born in the Department of Gynecology and Obstetrics University hospital in Kiel. Over many centuries, this was the home to many famous Obstetricians like Gustav Adolph Michaelis, founder of the School for Midwifery. Later one of the first Hospitals to perform IVF and research on reproductive medicine in Germany.

I took the first breath there, returning in 1993 at the end of Medical School in Kiel (1987 – 1994). I watched over the shoulder of Prof. Liselotte Mettler, one of the pioneers of IVF in Germany, to see egg retrieval, births, operative procedures. Soon after, I started to teach at the Michaelis School for Midwifery first general health, later naturopathy, namely herbal medicine, as I had studied homoeopathy and herbal Medicine alongside the conventional Medical School.

During my last three years of studying, I had a most inspiring job as an interpreter for Medical English. I sincerely enjoyed the privilege to work for great pioneers of Mind-Body-Medicine,  like Joan Borysenko, on stages. At the same time, I wrote my PhD Thesis: the core conflictual relationship theme in patients undergoing analytic group therapy. Professor Dr Phil habil Bernhard Strauß was the first psychologist back in the nineties to counsel IVF-couples at Kiel university hospital.

1995 – 2000 I was working in  Gynaecology and Obstetrics, mainly in rural hospitals in the north of Germany: Preetz, Heide, Sögel, you don´t have to know these places. Many babies I have helped into this world, a lot uncomplicated, swift, completely natural births. The countryside women were close to nature, trusting their bodies and running their course. “Next appointment before or after evening milking?“ During this period, I studied Acupuncture, Traditional Chinese Medicine and Haptonomy in the Netherlands.

2001-2002 I worked as a Consultant Gynaecologist & Obstetrician at the Forward Outpatient Departments Bergen-Hohne (FOPD), British Forces. A different approach to body and health, another health system. The contracts did not cover any conventional fertility drugs for the female soldiers nor the wives of soldiers who had come with their husbands for deployment. I became inventive and started to use Herbal Medicine for infertility and hormonal issues like PCOS, going deeper into Phytotherapy and Endocrinology than before.

2002 to 2004 not yet done with the labour ward and the operation theatre, I returned as Obstetrical Registrar to the Hospital in Winsen Luhe

2005 I started my private Practice in Kiel. In the following years, I built a team of midwives, nurses and physiotherapists trained in fertility massage according to Gowri Motha´s Gentle Birth Method. I sincerely enjoy interdisciplinary working with my ladies as well as getting to know pioneers in the realm of HypnoBirthing like Gowri Motha on the way.

Since 2020 I have been a Practitioner of Rapid Transformational Therapy (RTT®) by Marisa Peer. For over 20 years, I´ve been following this excellent clinical Hypnotherapist with a fantastic track record in treating infertility successfully before I learned the method myself. Going deeper into Hypnosis for Fertility, I finished my training directly with Lynsi Eastburn, who founded the concept of HypnoFertility 25 years ago. Since the beginning of 2022, I am also a proud 3Keys® HypnoFertilitist. 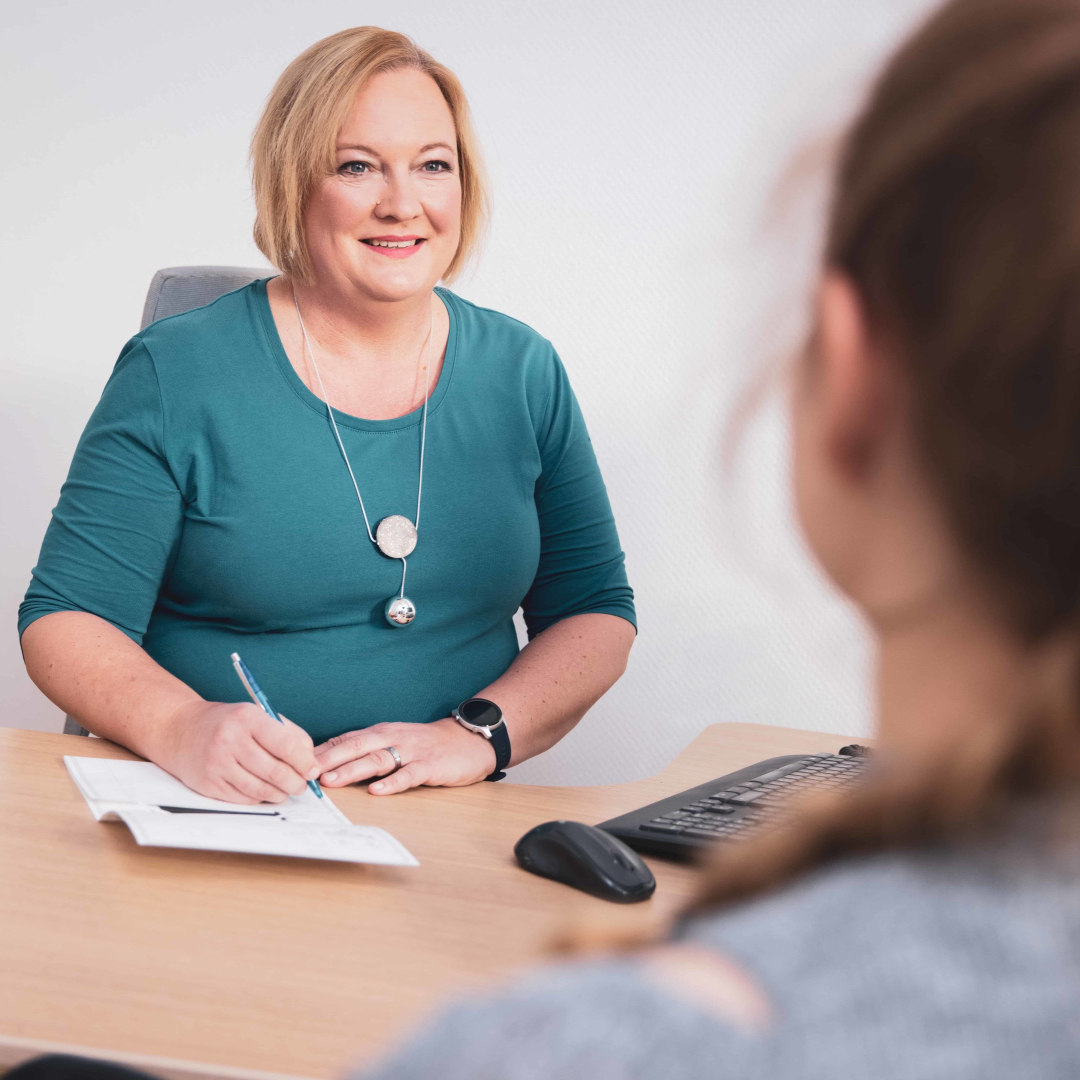 Talking and writing about female health & Fertility, I love it!

I have been a speaker at national conferences from FBA, DGGG and MedWoche. I contributed to several medical textbooks.

Helping couples to become parents, as natural as possible!

Many women who carry the label “Infertile”* are only “subfertile”. Hormonal problems like PCOS (Polycystic Ovaries Syndrome), PMS (Premenstrual Syndrome), luteal deficiency, Endometriosis etc., respond in many cases to natural treatment. With some encouragement, Hypnotherapy, change of nutrition and lifestyle much can be modified.

Recurrent miscarriages – I love to dig out hidden causes to prevent further pregnancy loss, thyroid disease, dysbiosis with impaired gut microbiota or endometritis. In many cases, we can find a treatable cause. And then the subsequent pregnancy can be a lucky one.

*The German term “Kinderwunsch “, which translates directly as “wish for a child “, is so much nicer than “infertility” and stigmatises women less. 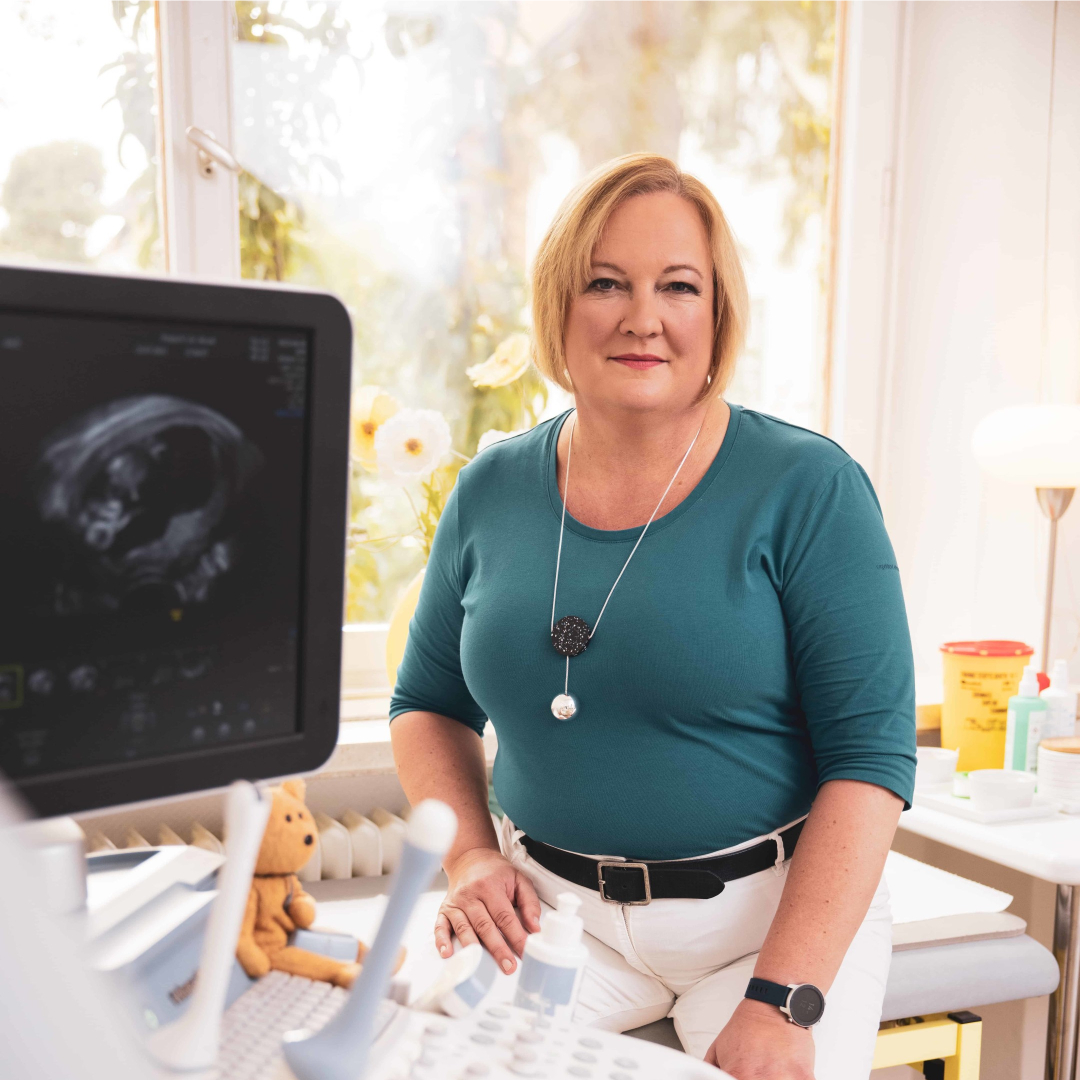 Helping couples to become a family – the most natural way possible

in Kiel, Germany and Online

I do offer a broad spectrum of diagnostic procedures from classical gynaecological examination and 3-D-vaginal ultrasound to extensive lab testing on-site and with specialised laboratories:

Do you need to analyse your

My team and I will help you, no matter what the cause of your fertility challenge is.

Hypnosis sessions and hypnotic support for IVF online are available.

And if you do not know where to start, I´d love to help you with a holistic fertility assessment!